The Sims 4 Seasons is the fifth expansion pack for The Sims 4, which premiered on June 22, 2018. As the name suggests, the expansion adds seasons (spring, summer, autumn, winter) and a number of activities associated with them to the game. A calendar has been added to The Sims 4 that indicates the holidays associated with specific seasons. The expansion pack adds several new plants, outerwear, and a new gardening career. With cheats for The Sims 4 Seasons, you can get a quick promotion or manipulate the weather and seasons!

Where do I enter The Sims 4 Seasons cheats?

All the cheats that you will find in this guide should be entered into a special console in the game. To activate it, press the following key combination on your keyboard: CTRL + Shift + C. When playing on the console, press R1 + R2 + L1 + L2 on the pad. After pressing the appropriate keys or buttons, a white window should appear in the upper left corner. You should enter all cheats for The Sims 4 Seasons into this window. Some of them require you to run the advanced mode first. To run it, enter the code testigncheats true in the console and accept by clicking Enter.

Cheats for changing seasons in The Sims 4

The highlight of the seasons expansion pack is, of course, the seasons. There are four basic seasons, which can be triggered at will in the world using a special machine that must be unlocked in the game. However, there are much faster ways to change the seasons in the game. Below are all the cheats for The Sims 4 Seasons that allow you to specify a specific season in the world.

It is also possible to change the length of a specific season. This can be done using the settings in the options menu or by using the codes below.

Lightning cheats for The Sims 4 Seasons

Storms are an integral part of summer in The Sims 4 Seasons. They are characterized by heavy rain and lightning bolts that strike random locations in the area from time to time. If a Sim is outside during a thunderstorm, there is a chance that he will be hit by lightning. He will then gain special abilities and his eyes will start glowing bright blue. The cheats for The Sims 4 Seasons allow you to control when the lightning should strike and which Sim you want it to strike.

SimID is a unique string of characters assigned to each Sim. To get it you have to type sims.get_sim_id_by_name (Sim first name) (Sim last name) in the console. For example, for Sim Bob Pancakes the code would look like this: sims.get_sim_id_by_name Bob Pancakes. After entering the cheats in the console, a string of numbers will appear, which you should then use for the selected code that requires the SimID.

Cheats for a career as a gardener

The expansion pack The Sims 4 Seasons introduces one new career and that is gardener. The career has two development paths: botany and flower arranging. The first focuses on analyzing plants and creating new species. Arranging flowers is a path that mainly focuses on floristry and creating bouquets of flowers. Cheats for The Sims 4 Seasons help you get promoted in just a few seconds.

Scouting is a new after-school activity that comes to the game with The Sims 4 Seasons expansion pack. They are only available to kids and teens. With the cheats below, you can easily get into scouting activities and advance to the highest rank.

The Seasons expansion pack introduces two new skills to the game – flower arranging and skating. Flower Arranging is a skill that allows you to advance quickly in your gardening career and create high-quality bouquets more efficiently. Skating is a hidden skill that, when developed, will make your Sims fall less while skating and perform more interesting tricks on the ice. Cheats for The Sims 4 Seasons can efficiently develop both skills to the maximum level.

The Sims 4 Seasons expansion pack introduces as many as 8 new character traits to the game, which can be assigned to a Sim by completing life aspirations and purchasing them from a special reward store. Below are the cheats that allow you to quickly add or remove traits.

Some weather conditions can end in death for Sims. The weather add-on introduces up to three new types of death – from lightning, freezing or overheating. The below-mentioned cheats for The Sims 4 Seasons make your Sim turn into a ghost and will receive unique interactions related to this – warm up or cool down another Sim. 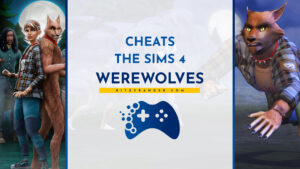 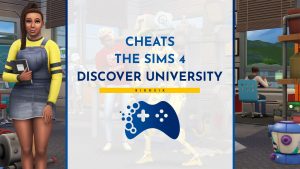 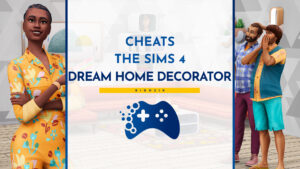 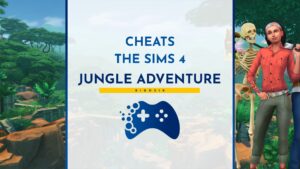 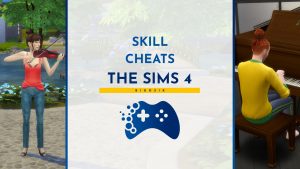 Skill Cheats for The Sims 4 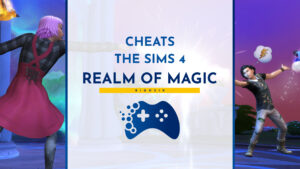 The Sims 4 Realm of Magic Cheats 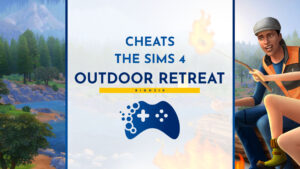 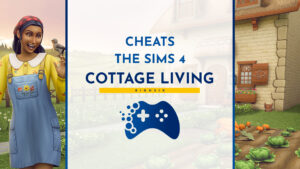